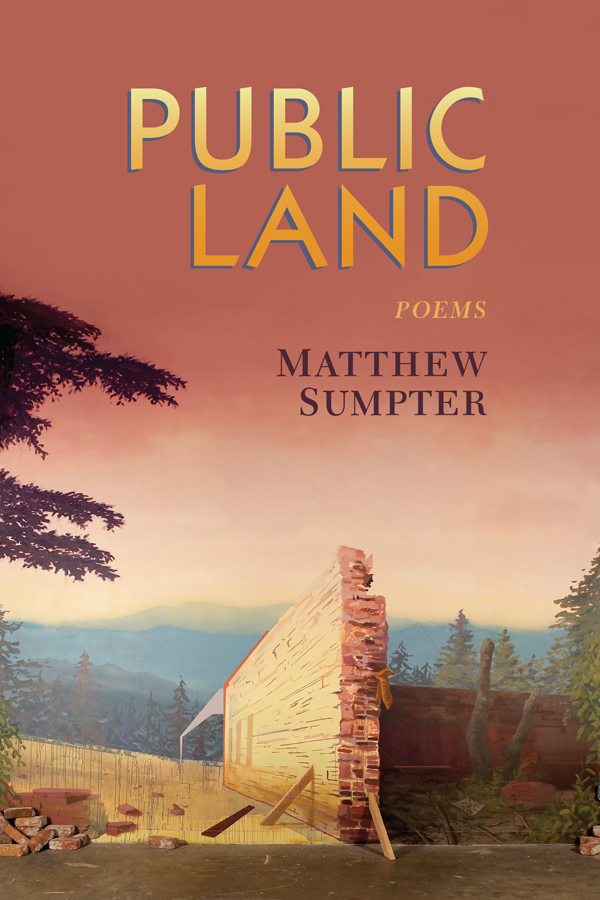 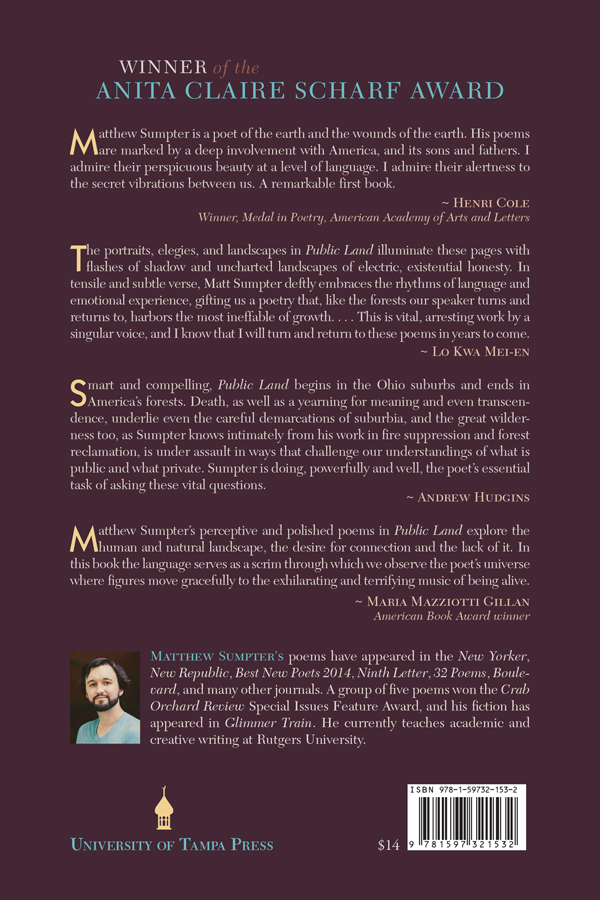 “The portraits, elegies, and landscapes in Public Land illuminate these pages with flashes of shadow and uncharted landscapes of electric, existential honesty. In tensile and subtle verse, Matt Sumpter deftly embraces the rhythms of language and emotional experience, gifting us a poetry that, like the forests our speaker turns and returns to, harbors the most ineffable of growth. This book is unflinchingly, deeply felt. It builds and changes under its own light like a flowering engine, ‘as if this ruin were a kind of rescue.’ This is vital, arresting work by a singular voice, and I know that I will turn and return to these poems in years to come.”
— Lo Kwa Mei-en

Matthew Sumpter worked on trail crews and conservation projects in Montana, Oregon, Illinois, and Missouri from 2008-2010. He helped build and dig trail, fell invasive tree species, and suppress wildfires. He says that if it had paid a sustainable wage, he would still be doing it today. His poems have appeared in the New Yorker, New Republic, Best New Poets 2014, Ninth Letter, 32 Poems, and Boulevard, and a group of five of his poems won the Crab Orchard Review Special Issues Feature Award. His fiction has appeared in Glimmer Train, and he is the Lead Narrative Designer for the adventure/fitness app, MarchQuest. A graduate of the PhD program in Creative Writing at Binghamton University and the MFA program at Ohio State University, he currently lives with his wife and daughter in Branchburg, New Jersey, and teaches academic and creative writing at Rutgers University.

Love Nailed To The Doorpost