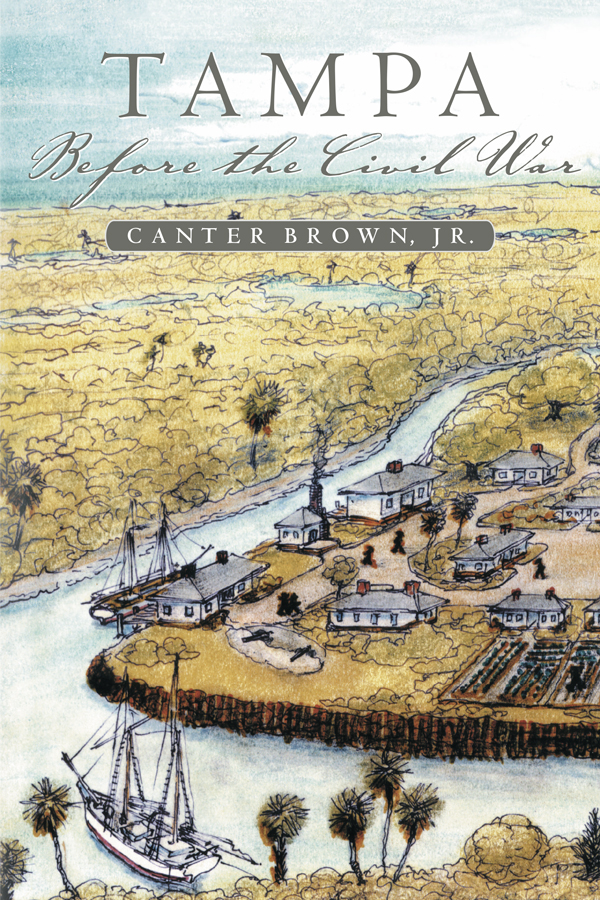 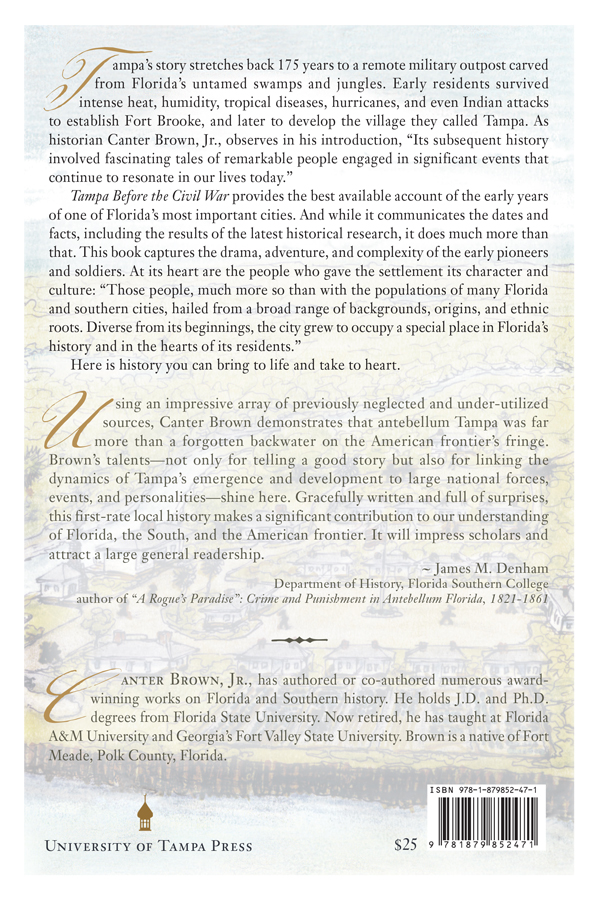 Tampa Before The Civil War

Tampa Before The Civil War

Tampa’s story stretches back 175 years to a remote military outpost carved from Florida’s untamed swamps and jungles. Early residents survived intense heat, humidity, tropical diseases, hurricanes, and even Indian attacks to establish Fort Brooke, and later to develop the village they called Tampa. As historian Canter Brown, Jr., observes in his introduction, “Its subsequent history involved fascinating tales of remarkable people engaged in significant events that continue to resonate in our lives today.”

Tampa Before the Civil War provides the best available account of the early years of one of Florida’s most important cities. And while it communicates the dates and facts, including the results of the latest historical research, it does much more than that. This book captures the drama, adventure, and complexity of the early pioneers and soldiers. At its heart are the people who gave the settlement its character and culture: “Those people, much more so than with the populations of many Florida and southern cities, hailed from a broad range of backgrounds, origins, and ethnic roots. Diverse from its beginnings, the city grew to occupy a special place in Florida’s history and in the hearts of its residents.” Here is history you can bring to life and take to heart.

Zephyrhills From A To Z

A University Is Born

Tampa In Civil War And Reconstruction

Ybor City: the Making of a Landmark Town